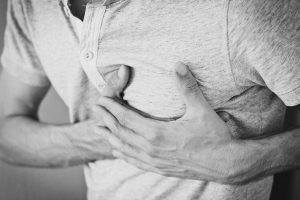 There are probably few other topics where so much misinformation has been perpetuated upon doctors in the public than the significance of and treatment of elevated cholesterol levels. When I first started my practice in 1980, a normal cholesterol was considered 280. In 1986, the value was lowered to 240. Later, it was lowered to 200. There is a push by some now to lower the level to 185.

In reality, there are 7 subtypes of LDL cholesterol and 5 subtypes of HDL cholesterol. That means there are 12 types of cholesterol, not 2. One of these subtypes is lipoprotein A discovered in 1966. By the mid-90s, Nobel Prize winner Linus Pauling had made a determination that having high levels of lipoprotein A increased your risk factors tenfold of having a heart attack and stroke and, more importantly, identified specific nutritional deficiencies that enhanced the occurrence of lipoprotein A and subsequent heart attacks and strokes. He developed a product called Cellular Essentials that contain Vitamin C in water and oil soluble forms, as well as specific amino acids and B Vitamins that reduce this risk factor. During this time, homocystine was also linked to causing inflammation and damage in the vascular walls. Homocystine is a byproduct of the amino acid, methione, when inadequate B Vitamins are present. We now know that the cholesterol medications or statin drugs inhibit a substance called BK4, which is inflammatory in nature. In other words, cholesterol medication’s beneficial effect is probably due to its anti-inflammatory effect on the blood vessels versus the actual reduction of total cholesterol. Unfortunately, the inhibition of BK4 causes inhibition to our immune response. In other words, it causes immunosuppression. Furthermore, we now know that the increased likelihood of having a heart attack and stroke is related to the size of the particles that carry the cholesterol, as in the case of lipoprotein A, which is a very, very small particle. Some of these particles are cellular in size but most are much larger. One is at increased risk if they have too many small particles, LDL types of cholesterol, of which lipoprotein A is one. This information can be obtained in advanced lipid blood profile tests. Also, we now know from gene testing who has increased risk for gene expression for heart attacks, heart disease, strokes, and other diseases. More importantly, we now know what foods to eat or avoid to inhibit these gene expressions.

One might ask why is this information important or why do I need to know this. I’ll just take the medication and therefore reduce my risk. Well, unfortunately, people die of heart attacks and strokes every day that are taking these statin drugs. The following are a few side effects of these statin-type drugs: Parkinson’s disease, Alzheimer’s, congestive heart failure, myopathy (muscle destruction), neuropathy (nerve destruction), Lou Gehrig’s disease (ALS), loss of cognitive function including temporary amnesia, depression and impotence. The loss of cognitive function is widespread in many reports.

There is an inherent danger in taking statin drugs and driving cholesterol rates too low. Increased morbidity rates have been demonstrated in patients with cholesterol levels below 145. Statin drugs cause B6, B12, and coenzyme Q10 deficiencies. These B vitamin deficiencies increase homocysteine production, increasing inflammation from the blood vessels. B vitamins are necessary in every metabolic process in our bodies. Coenzyme Q10 is a vital, necessary nutrient for our brain, nervous system and heart function. In Europe, one cannot receive a statin drug without having coenzyme Q10 prescribed with it because of the potential for damage to the nervous system and heart associated with this deficiency.

Cholesterol is manufactured by our glial cells in our brains and by our spinal cords. THe dry weight of our brains is 80% fat, of which 80 % is made u if cholesterol.The myelin sheath surrounding our spinal cord and peripheral nerves are made up of cholesterol material. All hormones produced in our bodies come from cholesterol. Cholesterol is converted into pregnenolone, which is known as the mother of all hormones. Pregnenolone is then converted to other hormones, i.e., DHEA, progesterone, testosterone, and estrogens.

The real key to reducing risk for heart attacks and stroke is related to reducing inflammation within the blood vessels and addressing any potential blood clotting factor problems. Approximately 1 in 4 of the population has potential blood clotting issues. Again, prevention and treatment would be dependent upon identifying high risk factors via advanced lipid testing (too many small particles), and then gene testing for optimal food intake. This will give information as to what type of food and proportion of fat, protein, carbohydrates, and exercise (aerobic or anaerobic) is optimal for each gene pattern. Appropriate diet and exercise and supplementation therefore reduce negative gene expression.

We now know that B vitamins reduce homocysteine production which causes inflammation. We also know that fish oil reduces inflammation in blood vessels. We know that magnesium and L- Arginine reduce inflammation and plaquing in blood vessels. We also know that it is vitamin D/K2 deficiency that causes the calcium deposits in our blood vessels. Niacin decreases LDL and increases HDL and decreases triglycerides. We know that red rice yeast is nature’s own statin and can be used to reduce cholesterol and triglyceride levels, always coupled with coenzyme Q10. We know that soluble fibers in a diet decrease LDL, increase HDL, and markedly reduce triglycerides. Besides reducing cardiovascular risk, increasing soluble fibers in our diet decreases risk of most gastrointestinal problems including colon cancer. There are a number of things we can do with appropriate whole food diet changes and supplementation to markedly reduce risk for cardiovascular events.

There is currently no licensure for Naturopathic Physicians (NMD) in the state of Florida and the Florida Board of Chiropractic Medicine does not currently recognize the credentialing of the Fellowship from the Brazil-American Academy for Aging and Regenerative Medicine (FBAARM), or the Certification in Functional Diagnostic Medicine (CFDMP) from Functional Medicine University.